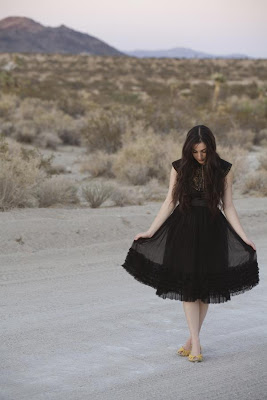 Marissa Nadler's fantastic new record Little Hells has provided the perfect soundtrack for the past few snow-filled frigid days in New York City. Nadler has cultivated a more fleshed out full band sound that only adds power to her haunting songs and immaculate voice. We've been hyping this album for awhile, but we just wanted to encourage you to make it out to one of her live shows on the upcoming tour and to check out Little Hells which is out now on Kemado records. Marissa Nadler is at Joe's Pub in NY tonight - the rest of her tour dates with Deer Tick, The Handsome family and Jesse Sykes (awesome) are after the jump. Tickets here for Joe's.

After the jump.
Dictated but not read by StarkNY at 5:04 PM