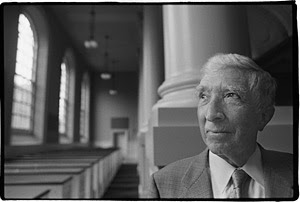 "But are they to be trusted? Are they – words – anything substantial upon which we can rest our weight? The best writers say so. Sometimes I believe it. But the illogic of the belief bothers me: From whence did words gather this intrinsic potency? The source of language, the spring from which all these shadows (tinted alliterative, shapely, but still shadows) flow, as itself in shadow."

Dictated but not read by StarkNY at 5:12 PM