'08 Artists: High, Low and In Between
I can't let '08 go. Not yet. Not before mentioning four bands that danced around the beacon of success, slowly peaking their heads in from time-to-time. These artists are the musical equivalent of the guide in Indiana Jones, Raiders of the Lost Ark, except they avoided impalement by ancient booby traps. These albums are not deep gems by any means however. They are simply records we spun hard, and forgot about.

As you can see, I am on a bit of a Townes Van Zandt kick (title)...I am still recovering from watching Margaret Brown's, Be Here to Love Me last night. I digress.

The following albums were unintentionally lost amid the piles of '08 music (now being replaced by '09ers.) We've written about most before, but we have unearthed them once again and they are exhibited here.

Poni Hoax: Images of Sigrid
Released: July 22, 2008
French electro-pop rocks 2008. It took some digging to finally get this LP in the states, but we did and love it. "Antibodies," easily the most energetic tune on the album, originally drew us to Poni Hoax and we have been dancing ever since. This is a great record to throw on and wait for everyone at the party to slink up and ask, "Who is this?" Have your coy response at the ready. This album moves and has a mind of its own. Stereolab references come easy, but look for more from these hommes de la France. Ils sont magnifiques. 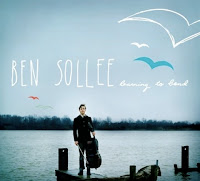 Ben Sollee: Learning to Bend
Released: June 10, 2008
What more can we say? Ben Sollee blasted on to the scene after smartly joining forces with Bela Fleck and Abigail Washburn via the Sparrow Quartet. Sollee's R&B/pop-cello-stylings made him an immediate hit with the Philly radio station WXPN as well as NPR. He's young, Caucasian and wears glasses, but don't let his aesthetics fool you...the man's got soul brother. Sock it to 'em. Lyrically driven by topical issues such as politics and the Iraq war, Sollee is pushing the right buttons. Look for him to push some more in 2009. 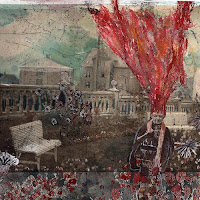 Fire on Fire: The Orchard (Young God Records)
Released: Dec. 9, 2008
Give credit where credit is due. Fire on Fire released this album a little late in the 2008 game, but the talent is there. Heavy on The Band influences, Fire on Fire draws from the country side, creating musical soundscapes that bring to mind rural Maine (where they hail from.) Sharing in vocal responsibilities, the album is a hodgepodge of differing tonal harmonies and melodies. Listening to this record is like digging through dirt or rummaging around in a tool shed...something just feels elementally right about it. 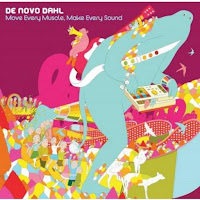 De Novo Dahl: Move Every Muscle, Make Every Sound (Road Runner Records)
Released: April 11, 2008
Where has De Novo Dahl been? They are everywhere and no where. These red and yellow stripped, jumper-toting Nashvillians produce pure pop gems. Repeatability doesn't begin to describe this album. Every tune, save two or three, latches on to you. You reek of this album after first listen. You wear it. Tunes like "Shout," "Shakedown," and "New Hero" boast immaculate and perfectly crafted pop choruses. You've heard this album everywhere...you just don't know it yet. MUST BUY!
Dictated but not read by thestarkonline at 11:50 AM