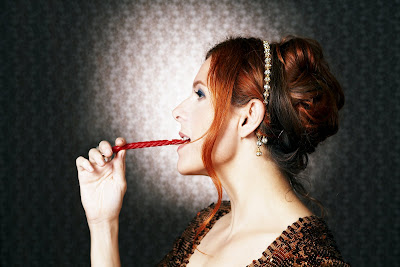 BUT, today, we got news that she will be putting out a new record, Middle Cyclone, March 3 for Anti-. Good news indeed. We haven't heard any music yet, but will be sure to let you know when we do. See after the jump for the track listing and more info on the record.


Track listing for Middle Cyclone
1. This Tornado Loves You 2. The Next Time You Say Forever
3. People Got A Lotta Nerve
4. Polar Nettles
5. Vengeance Is Sleeping
6. Never Turn Your Back On Mother Earth 7. Middle Cyclone
8. Fever
9. Magpie To The Morning
10. I'm An Animal
11. Prison Girls
12. Don't Forget Me 13. The Pharaohs
14. Red Tide
15. Marais La Nuit

From the press release from our friends at Shore Fire...

'Middle Cyclone' was produced by Case with Darryl Neudorf and recorded in Tucson, Brooklyn, Toronto, and Vermont. It features Case backed by her core band - guitarist Paul Rigby, bassist Tom V. Ray, backing vocalist Kelly Hogan, multi-instrumentalist Jon Rauhouse, and drummer Barry Mirochnick - along with numerous guests including M. Ward, Garth Hudson, Sarah Harmer, and members of The New Pornographers, Los Lobos, Calexico, The Sadies, Visqueen, The Lilys, and Giant Sand, among others. In addition to twelve new songs written by Case, 'Middle Cyclone' includes covers of "Never Turn Your Back on Mother Earth" by Sparks, and "Don't Forget Me" by Harry Nilsson.

Dictated but not read by StarkNY at 11:50 AM