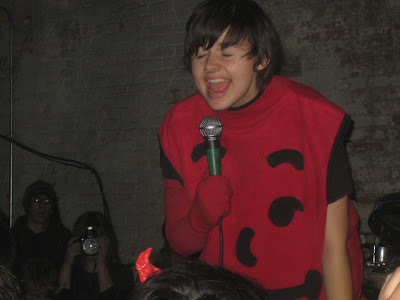 "...if p-p-p-pure energy isn't reason enough for a rock band to exist, check your pulse and/or your stated reasons for liking music (or being alive) in the first place."

I'm sorry Matt and Kim but you played way past my bedtime - even for Halloween. OK it wouldn't have been so bad if I hadn't been sick and on antibiotics -- thankfully I made it through Ponytail's set.

Coming off amazing reviews of their second EP, Ice Cream Spiritual, the anticipation for Ponytail was felt throughout the costume-clad crowd. Or maybe that was just the booze -- but either way there was quite the rush of bodies clashing as soon as Molly Siegel began to screech and squeal all the while dressed as a punch bowl of red kool-aid.

But yes we all know red is the best flavor of anything and Siegel is the best front woman I've seen in awhile. Her uninhibited body movements weren't sexual ploys to win anyone's affections - they were true movements of expression in a post-modern asexual world. Don't get me wrong - she was cute as all hell smiling and vibrant - but you get the feeling she isn't trying to impress anyone - which is ultimately what won me over.

More with Ponytail and fun Halloween photos after the jump... 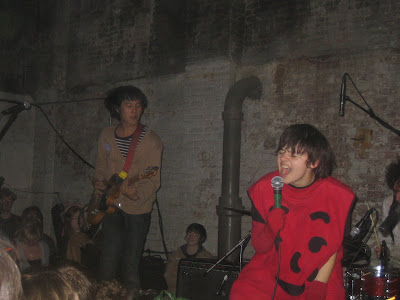 And of course the Halloween ambiance just added to the fun - in the crowd of dancing fools was Jem, scary mask man, a cute Asian girl as an Empire State Building, Rosemary's Baby, Where's Waldo, a zombie prom date and Minnie Mouse...

In my sobriety I didn't have much tolerance for all the pushing but Ponytail put a spell on me that held me until their final song. It was musical mayhem - one moment Siegel sounded like she could communicate with dolphins and then the guitarist added in some wailing and cackling.

Later on in the night there was a Japanese rock explosion (DMBQ) who played drums while crowd surfing - so I'm kinda bummed I missed that. And of course Matt and Kim were incredible as always - so I hear...but when Siegel closed the set by saying, "Thanks for being awesome - this is a Todd P holiday!" I took that as my sign to head for the door passing by two blacked out girls near the exit...goodnight Halloween this girl needs her bed. 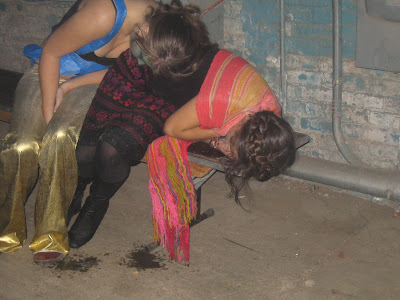 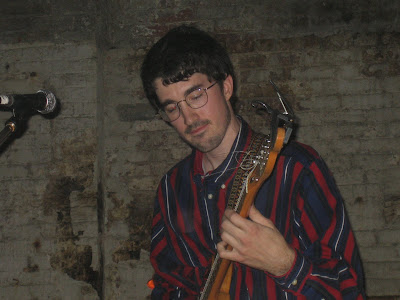 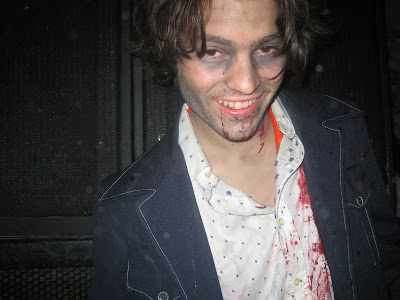 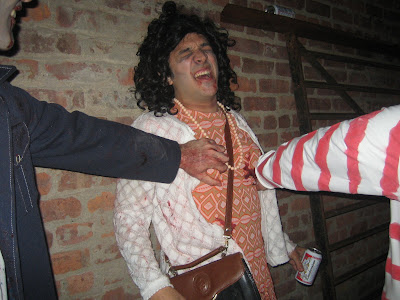 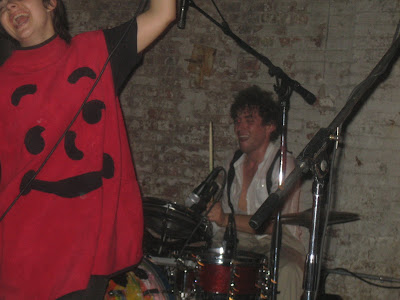 Dictated but not read by StarkNY at 1:30 PM

haha - those passed out chicks. Priceless. Notice the puke on the floor. Stupid hipsters.

that was an amazing show. matt & Kim were unbelievable!