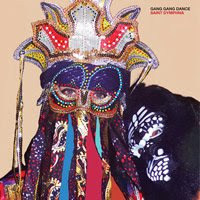 GGD have done well to harness the popularity of their previous LP God's Money, tweaking and tightening their sound to better suit the more pop-centric needs of today's listening audience. That alone makes Saint Dymphna more accessible; they don't stray far from the well-established exoticisms inherent in their music -- it's now just more refined.

You never really know what you're going to get next with this album and that's its major selling point.

Dictated but not read by thestarkonline at 1:41 PM

Email ThisBlogThis!Share to TwitterShare to FacebookShare to Pinterest
Labels: Gang Gang Dance, I Shall Be Released, New York Times, The Social Registry