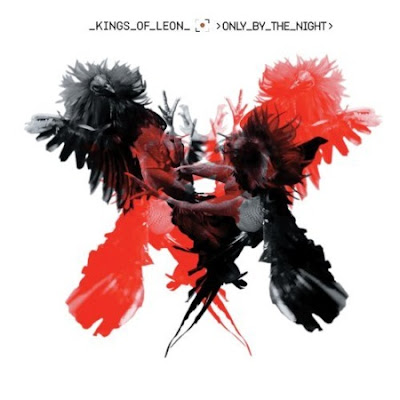 Kings of Leon - "Sex on Fire" - mp3
Admittedly, I sort of stopped listening after, well, their first record. I thought Youth and Young Manhood was amazing, and honestly still sounds great. Yeah, they had that whole "Southern Strokes" thing going that's been talked about to death - but it worked. Then they proceeded to put out, what I thought was a pretty weak follow-up record. Perhaps I had just grown out of that sound, but I kind of stopped paying attention after that, despite the mountains of press they got. Yet, during my period of ignorance, KOL have become legit and unadulterated rock stars in the mainstream Aerosmith sense of the word. They have established a huge US and UK fanbase and are poised to be one of the biggest rock acts of the next 5-10 years. Some would argue, they already are. So, it's time for me to once again turn my ear towards them, despite the nay saying that I come across.

Just to give you a little run down of what's going on with the Kings of Leon right now, in case you have been in a cave for the past few weeks.
- Their new record Only By the Night comes out Tuesday 9/23 (RCA).
- They are the musical guest on SNL this Saturday.
- "Sex on Fire" is the #1 single in the UK.
- They will be on Letterman and Leno during release week.
- They are on the cover of Spin magazine.
- They are on every blog, good or bad reviews.
- They are playing a sold out Webster Hall on release day.
- They then launch an extensive US and UK tour.

I imagine this will be the last time you will see them in a place like Webster. Yeah, like I said - Aerosmith baby. For those who say you can't break bands in today's market, my advice to you is to find better bands. Just ask the KOL and My Morning Jacket about it.
Dictated but not read by StarkNY at 11:04 AM

They shouldn't be counted in the same league as My Morning Jacket- who just sold out RADIO CITY, not fucking Webster Hall.