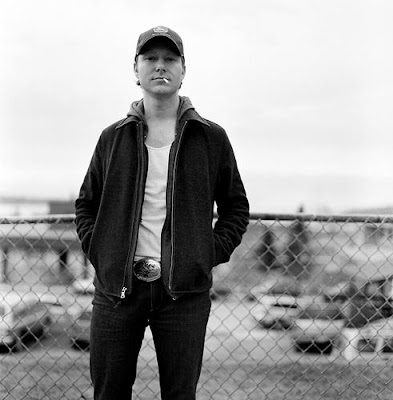 Cory Branan - "Tall Green Grass" - mp3
Cory Branan - "Crush" - mp3
While we've been listening to Cory Branan for years, our first time seeing him live was this summer in Nashville, and as we wrote previously, it was well worth the trip. Although his tours are often sporadic and mostly in the South, word just came through that he will be coming to NY on October 12th to play for us yankees at the Cake Shop as part of a large national tour.

While unassuming at times, his songs are filled with powerful lyrics that are often highly moving and amazingly funny. Branan can be unjustly lumped into the country singer/songwriter/folk genre by some, but the quality of his writing and his captivating stage persona have drawn him attention and praise from many critics. In 2000, the Memphis chapter of NARAS awarded Branan with the Phillips Award for Newcomer of the Year. Branan currently has two records available The Hell You Say and 12 Songs. Madjack released 12 Songs in 2006. Hopefully he will debut some new material for us at this show... it's time.
Tour dates after the jump...

Dictated but not read by StarkNY at 11:27 AM