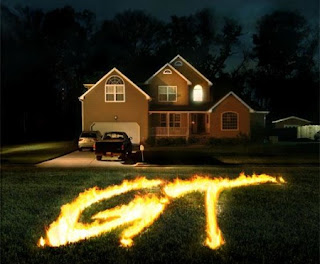 As all the Stark writers have been pretty busy of late tryin to pay the bills - the posts have been a bit slow in coming this week. That doesn't mean we aren't still voraciously consuming music. The general consensus between most of the writers is that the new Girl Talk, Feed the Animals, is fucking amazing. Enough said. Anyone who has listened to it knows that it's a tour de force through past and present pop music, and we've all had fun picking out the tunes, and generally rocking out. My personal favorite is MIA "Boys" mashed up with the Cranberries "Dream."

Stereogum has a great post up today - so we are stealing it. Or "aggregating" as they say in the blog world. It features Girl Talk on MTV taking us through all of the different samples they used on their new record. Dig it. Make sure you go to the actual post to see the videos. Some of it is below.

Feed The Animals has been out for a week. Anyone who's listened knows it's worth paying for, regardless of philosophical, aesthetic, or knee-jerk thoughts on whether or not Gillis's sampling process is transformative. We spoke briefly to Gillis and he mentioned that although the Feed Wiki's pretty thorough, he's including a more detailed list of source material with the physical release of the record. He also offers more details to MTV, who packed into his Pittsburgh apartment, where Gillis (and his headband) give a track-by-track tour through Feed: He mentions his favorite song, discusses the overall pace and composition, live vs. recorded Girl Talk, why he sampled of Montreal, his nod to the fake leak ("96 Tears"), the Beach Boys, and, of course, Soulja Boy.

Dictated but not read by StarkNY at 10:49 AM

I'll just say this... if it's "worth paying for," some of that revenue should go to the original creators of the sounds/samples that make up the Girl Talk project, no?

We posted our take on the dilemma at the Burst Labs blog... as creative professionals, we don't think it's such a black and white issue.

Couldn't agree with that shit more. I downloaded it free and easy.