Jeremy Jay - A Place Where We Could Go 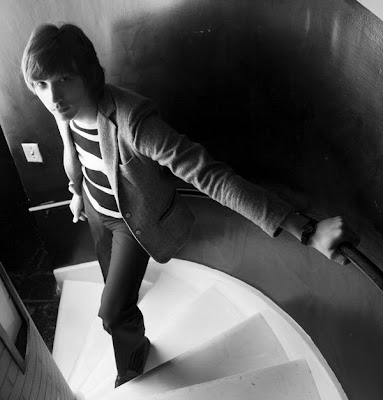 Slowly building buzz for several months now is songwriter Jeremy Jay. On the heels of a well-received EP, Jay just released his debut LP A Place Where We Could Go. Although channeling some post-punk spirit, there is something pleasantly innocent and nostalgic about Jeremy’s voice. Adorning the album cover with his boyish looks and stylish tweed jacket, he could easily pass for some west coast teen idol. Strangely enough, his music at times recalls the teen pop of an age gone by, like a sadder Buddy Holly who somehow had grown up listening to Lou Reed. Although at once familiar and enjoyable, Jay seems to be hiding something beneath the surface, something edgier, and more melancholy – something that can only be revealed through repeated listens.
Jeremy Jay - "Beautiful Rebel" mp3

Email ThisBlogThis!Share to TwitterShare to FacebookShare to Pinterest
Labels: a place where we could go, buddy holly, jeremy jay, lou reed