Ariel Pink's 'Before Today' Gets a Date, Cover, NY Show 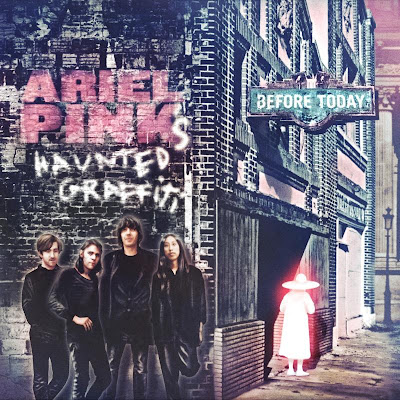 [mp3] Ariel Pink' Haunted Graffiti: "Round and Round"

Blasphemy I know, but we were never massive fans of Ariel Pink. Sure, we liked what they were about, and their sound, but the songs never really delivered. All that seems up in the air since we heard their damn infectious new song "Round and Round" off of their upcoming 4AD debut Before Today, which just recently was stamped with a release date - June 8th. We have the cover as well as the tune above. This fixes to be Ariel Pink's breakout effort, and judging by the first track, the band has kicked up their songwriting a notch for the occasion. Here's to hoping for amazing things from the rest of the album, because after all, we really do want to love this band as much as everyone else seems to. They will play New York's Mercury Lounge May 4th.

Email ThisBlogThis!Share to TwitterShare to FacebookShare to Pinterest
Labels: Ariel Pink, Before today, cover art, mp3, Round and Round, Street Date