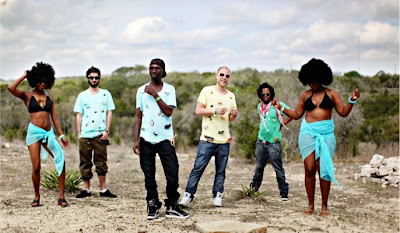 Yeah you can hear Radioclit and Malawian singer Esau Mwamwaya a.k.a The Very Best, screaming that now. Their 2008 release, The Very Best Mixtape, played at many-a-party and summer occasion during the latter half of last year. It's good for shower listens, or walking down the middle of the street, screaming Kamphopola! or some variation.

Well, these two are going to appease all Mixtape fans by releasing a full-length aptly titled, Warm Heart of Africa,(what else would they call it?!) due out this fall. The album will drop on Green Owl, who is streaming a new track from the record, "Ntende Uli" here, on their site.


Check out tour dates after the jump.

Email ThisBlogThis!Share to TwitterShare to FacebookShare to Pinterest
Labels: the Very Best, warm heart of africa